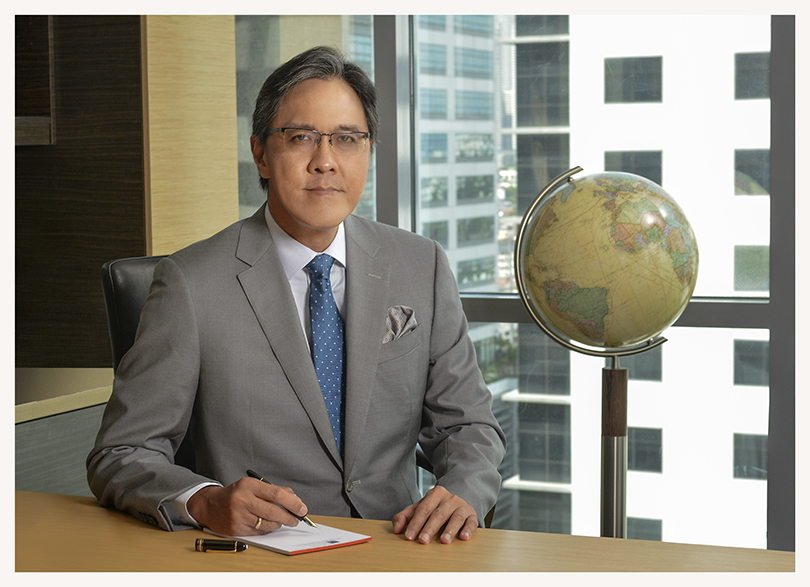 Atty. Somera heads V&A Law’s Intellectual Property Department. He is well-recognized as an authority in the field of intellectual property in the Philippines and is consistently ranked in the top tier of the World Trademark Review, Legal 500 Asia-Pacific Guide and Chambers & Partners Asia Pacific Ranking for Intellectual Property. In 2017 and 2018, he was awarded the Lexology Clients Choice Award for Trademarks and was the first Filipino recipient for trademarks. He was also recently listed as a distinguished practitioner in intellectual property in Asialaw 2020.

With over thirty (30) years of experience, Atty. Somera has expertise in handling all facets of intellectual property law, from prosecution to enforcement, litigation and commercialization of traditional as well as novel intellectual property matters. He has published several articles on intellectual property law and served as resource speaker on the subject in the Philippines and international fora.  Following the end of his term as V&A Law’s Managing Partner in 2015, Atty. Somera has since focused his efforts on broadening the already diverse patent and trademark portfolio of the Firm. He devotes particular attention to sharpening the Intellectual Property Department’s expertise in specific practice areas of IP law, particularly, patent and trademark litigation and copyright protection which have served to distinguish V&A Law from its counterparts in the Philippines.

Bachelor of Laws – University of the Philippines, Class 1985

Other Notable and Significant Contributions