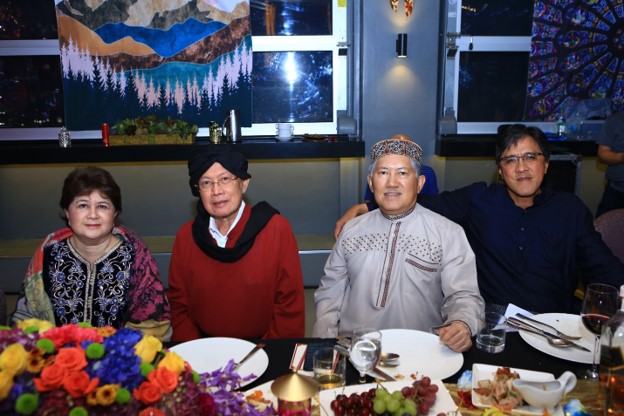 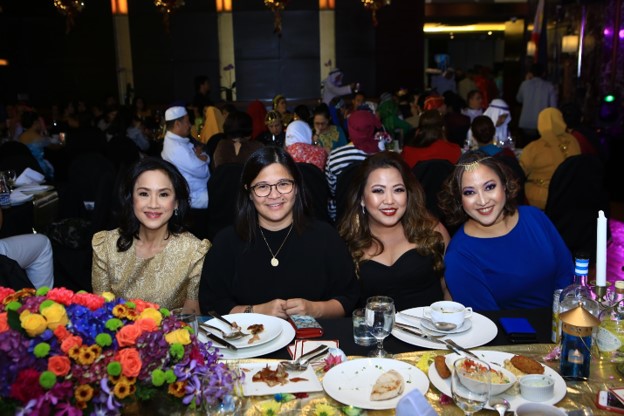 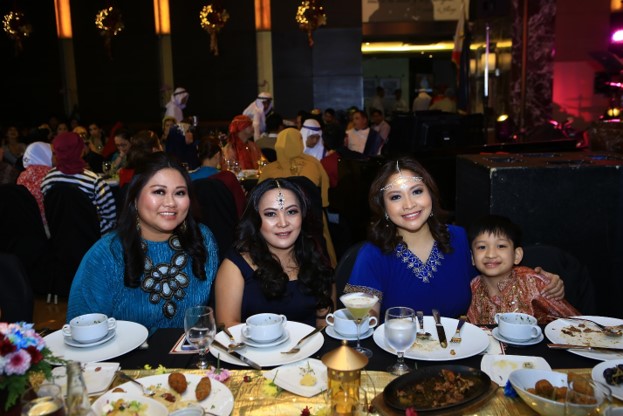 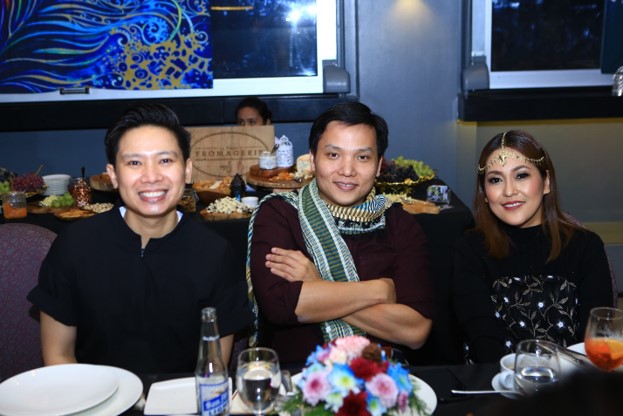 Junior Partners Paul Rodulfo B. Imperial, Leonardo A. Singson and Fritzzie Lyn F. Espańol wearing modern takes of the Arabian Nights costume are all smiles for the camera. 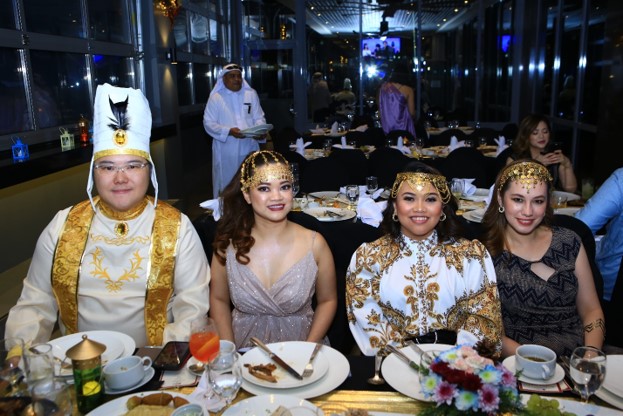 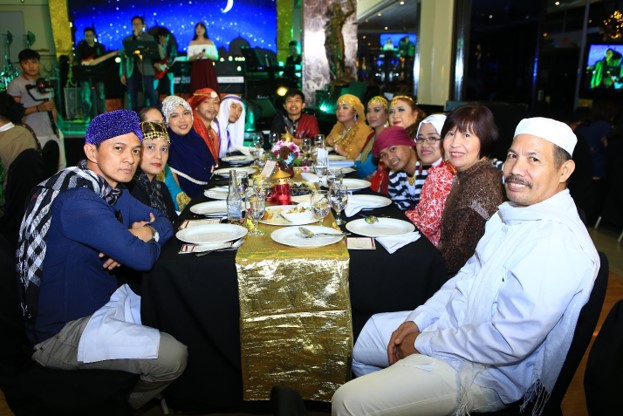 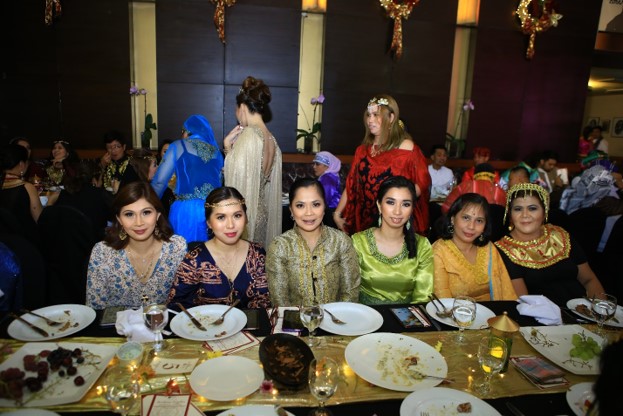 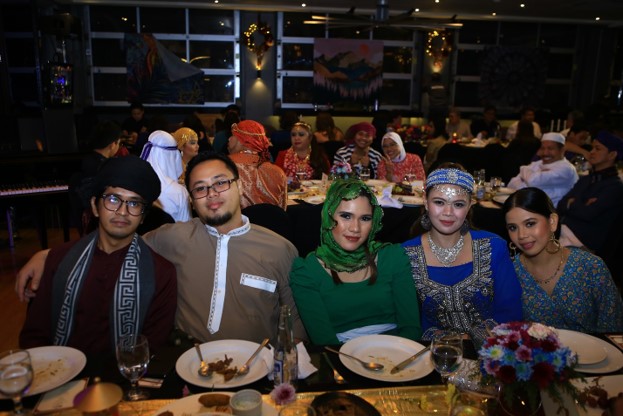 Non-legal staff Karen Mansibang (2nd from right), winner of the Female Best Costume, enjoying the dinner with other non-legal staff. 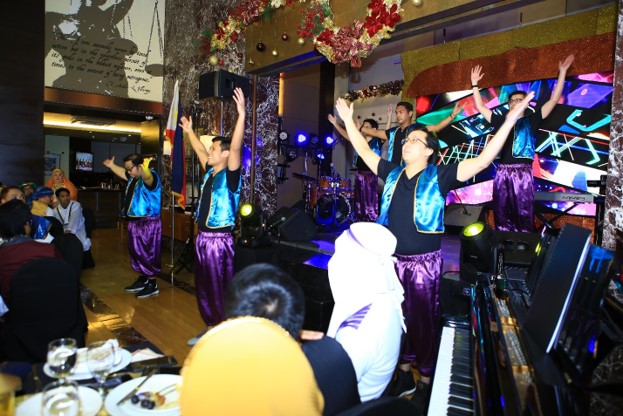 Newly-hired Associates perform intricate movements to classic Arabian music to the delight of the crowd. 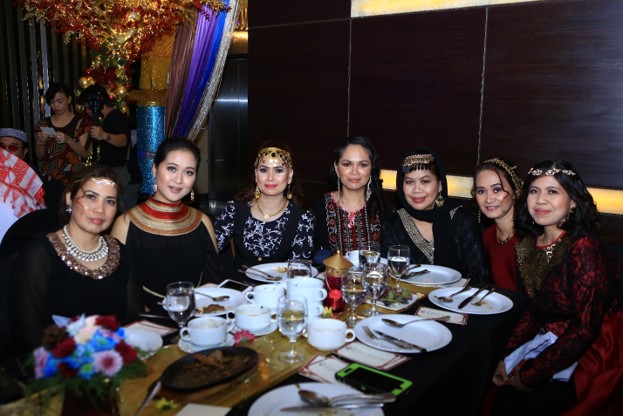 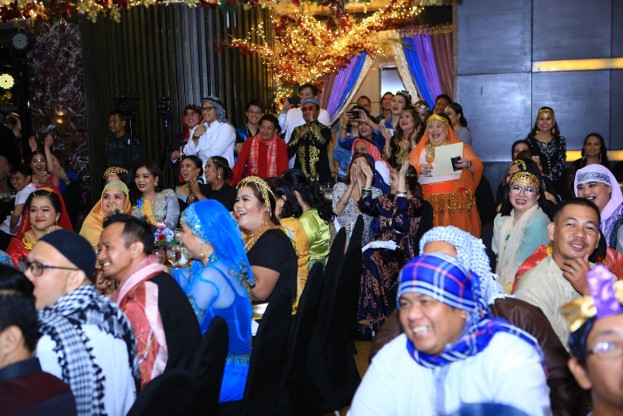 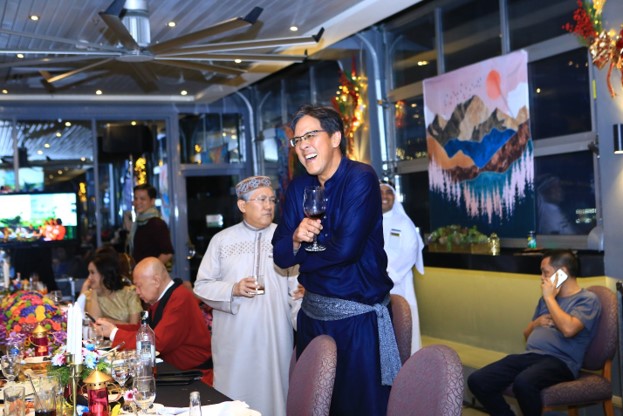 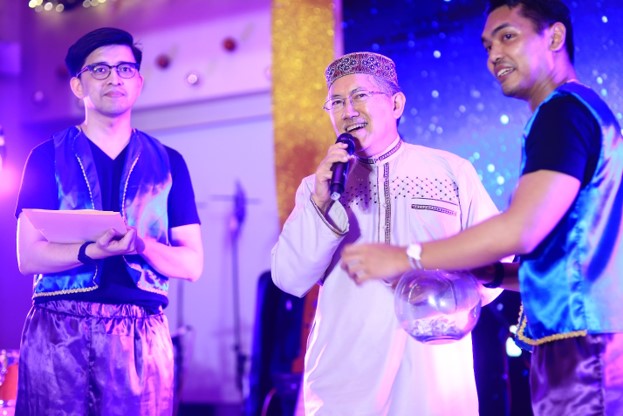 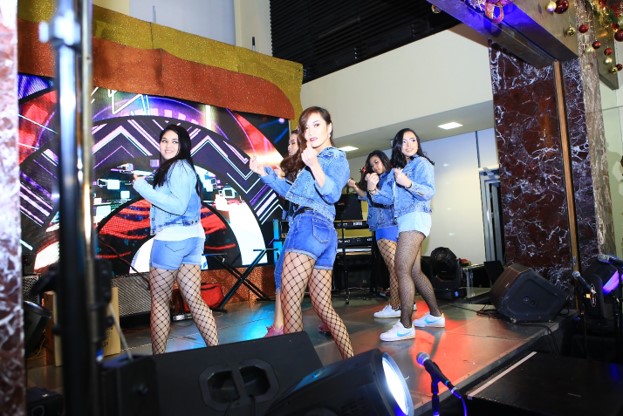 Fresh and Fabulous: the newly-hired female Non-legal staff show their fierce moves to the cheering crowd. 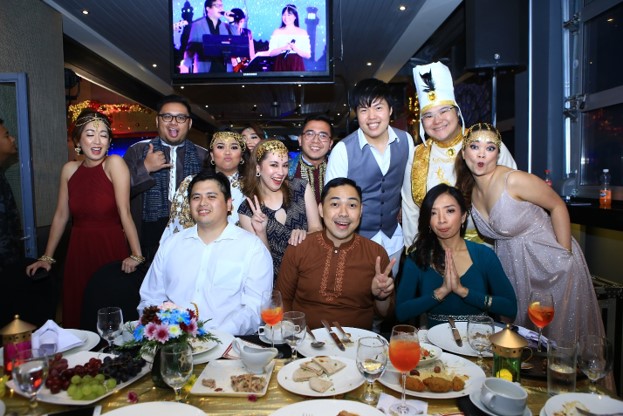 Senior Associates having fun during dinner. 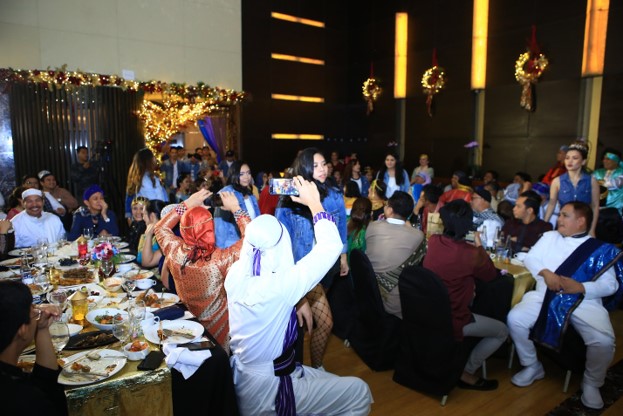 Newly-hired Non-legal staff dance to 2000s pop songs to celebrate the end of the decade. 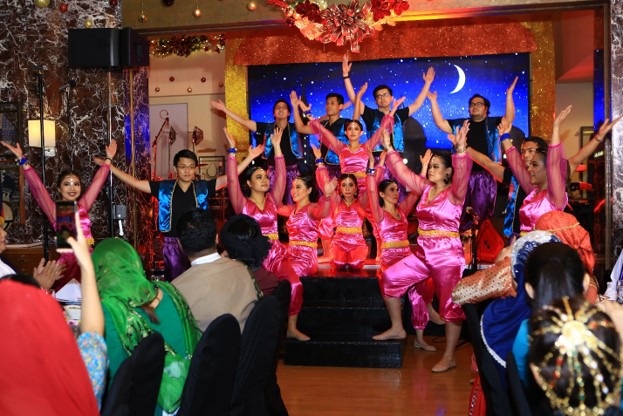 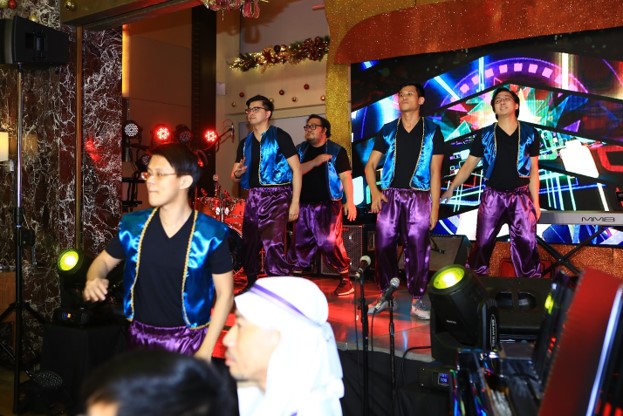 The Associates give an energetic performance during the opening dance.
Previous Next
Villaraza & Angangco Law held its much awaited annual Christmas Party with the theme Arabian Nights. The RainmakersLounge was transformed with colorful drapes, curtains, lights and table décor showcasing the fantastical theme. Partners, Associates and Non-legal staff alike came to the party in their best Arabian Nights costume, complete with shawls, props and headdresses, as many vied for the Best in Costume awards.
The dinner catered by The Plaza was also in theme, with servings of lamb, prawns, chicken kebabs, pita, hummus, tzatziki, couscous salad, falafel and baklava, to name a few of the delicious offerings. There were lechon baka and lechon baboy as well as an assorted cheese station which, while not in theme, could not be missed.
Newly-hired Associates in their colorful costumes opened the Christmas Party program with a fabulous Arabian Nights dance number, while the newly-hired Non-legal staff entertained the attendees with their intermission number.
The Managing Partner Alejandro Alfonso E. Navarro announced the Best Junior Associates and Best Senior Associates, as well as the promotion of new Senior Associates. The Firm also welcomed its newest Partner, Dianne Marie V. Roa-Oarde, one of the rising stars of the Firm’s Litigation Department.
Partners sponsored prizes of cash, gadgets and HD TVs for the annual Christmas Party raffle. The grand prize of an Apple Iphone 11 won by one very lucky Corporate Department Paralegal.
This year’s inter-department competition was a Musical Contest, where the different departments sang, danced and acted out their chosen musicals on videos which were presented at the Christmas Party. The Corporate Department’s hearty rendition of The Greatest Showman won the contest and the hearts of everyone in the Firm.
A same-day edit video of the event was shown to close the formal program, a first for the Firm’s Christmas Parties. Right after the program, everyone moved the chairs and tables to make space for the band for some dancing and karaoke after-party.